Trump’s disastrous final days in office have brought the Republican Party to an existential moment. How GOP senators decide to deal with the strongman who bullied and manipulated them for five years will show whether their out-of-control party can revive its conservative soul or is destined to race into a conspiratorial, anti-democratic dead end.

The coming weeks will make clear whether the fury and radicalism inspired by Trump will recede when he is in internal political exile in Florida. Or they will reveal if something more serious is brewing — even an unthinkable White nationalist insurgency triggered by Trump’s refusal to accept his election defeat that will preoccupy the already crisis-challenged Biden presidency.
On a related note, the President-elect has already expressed concern that the all-consuming drama of a Senate trial will slow his vitally needed first agenda items, including more funding to scale up a faltering vaccine distribution effort and more help for the crippled economy.

The first-ever impeachment trial of an ex-president — in itself the final, surreal shattering of norms of the Trump era — will also go a long way toward deciding how quickly America’s political institutions and the galvanizing role of truth in public life, which have both been under constant assault from the current President, can be rehabilitated. Perhaps the courage of 10 Republican lawmakers who joined Democrats in a bipartisan impeachment in the House on Wednesday augurs a breach in rigid political battle lines.

But Trump retains a mystical hold on the Republican base and has the capacity to harass and threaten GOP senators who will sit in judgment. Scenes of Republican lawmakers being harangued by ferocious Trump supporters in airports in recent days offer a small taste of the price to be paid for those who desert their leader.

Given that most of the House GOP voted not to punish the President for whipping up an effective coup against another branch of government — hopes for a new dawn of Republicanism may be farfetched.

The next weeks will also see the President’s retreat into a private life that suddenly seems deeply uninviting.

Trump’s conduct in shattering the US tradition of peaceful transfers of power has made him a pariah. Companies and banks are rushing to disassociate themselves from him — a fact that might have motivated his belated call for calm in a video released after he was impeached again.

Multiple civil and legal challenges lie in wait when Trump is no longer shielded by the presidency. The President is already deeply concerned about the impact of the last week on his personal brand, sources told CNN. With his enterprises already feeling the negative effects of a polarizing presidency, the future of the President’s business looks cloudy at best. 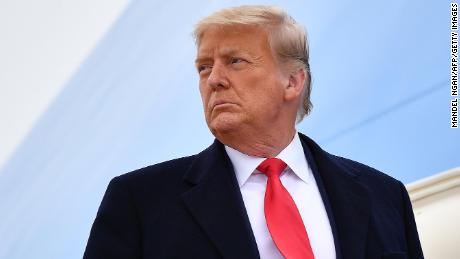 Washington has a week to digest the institutional upheaval of the first double presidential impeachment in history. It will fall to incoming Senate Majority Leader Chuck Schumer to wrestle with the fierce constitutional questions that will uniquely apply to the trial of an ex-president.

The first issue will be timing and whether the Senate can accommodate Biden’s plea to keep open for pandemic-related business and the push to confirm his top Cabinet appointments at a moment of rarely seen national crisis. Timing will be another question — as the new White House will be agitating for a trial of days, not weeks.

Senate Majority Leader Mitch McConnell could have called the chamber back from its recess to begin the trial with Trump still in office. But he has clear political reasons for allowing Democrats to set the terms — and potentially feel the backlash — of the process.

Intense intrigue surrounds how McConnell will vote himself after he made it known that he supports the notion of impeachment for the assault Trump incited last week on the Capitol — including his beloved Senate.

True to form, McConnell appears determined to keep his counsel to see how the treacherous politics of impeachment play out. But were he to break finally with Trump he would give other Republican senators political cover to follow suit and possibly bring a two-thirds majority needed to convict within reach.

McConnell is said to be furious with Trump. The outgoing majority leader is protected from primary challenges after embarking on a new six-year term and he lost his majority, to a great extent, owing to the President’s antics before the Georgia runoff elections earlier this month. The Kentuckian who made a Faustian bargain with Trump to reshape the Supreme Court and the judiciary with conservative nominees now has little to gain by shielding the President as he did after the first impeachment.

That means that McConnell and those senators who ditched the President and refused to back his efforts to thwart the transfer of power on the day when the mob invaded the Capitol now have the chance to effectively expel Trump from the party and US politics for good.

A party tearing itself apart 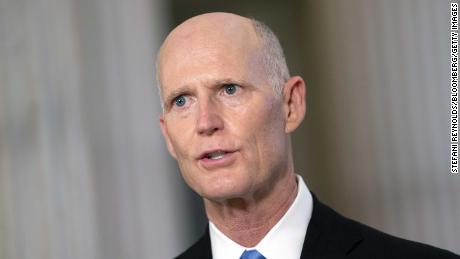 The impeachment debate in the House on Wednesday laid bare the forces that are ripping the party of Lincoln apart. House Republicans were split among fervent Trump backers, lawmakers who admitted he some bore responsibility for last week’s outrage and those who cast fateful votes to desert their President.

While only 10 Republicans voted with Democrats, this was the most bipartisan of the previous three House impeachment votes in US history. The exchanges on the floor revealed the extent to which Trump has transformed his party.

House lawmakers — who serve mere two-year terms — are most responsive to the sentiments of their bases, so it’s not surprising many felt no option but to stick with the President. A stream of hypocrisy, false moral equivalence and open lying about the results of the election dominated interventions from the Republican side of the chamber — which mirrored the malfeasance and misinformation of Trump’s scorched-earth politics.

In a slight concession to disgust on Capitol Hill over Trump’s behavior, House Minority Leader Kevin McCarthy did argue that the President should have immediately denounced the rioters when they breached the Capitol last week. But the California Republican claimed that Democrats, not Republicans, were further dividing the nation by pressing ahead with the impeachment push. This from a Republican leader who spent two months amplifying Trump’s false claims of election fraud, which have shattered the confidence of millions of Americans in the democratic process.

Other Trump acolytes in the House showed their ongoing influence by arguing that the Democratic impeachment effort was nothing more than the continuation of an effort to destroy Trump’s presidency that started within hours of him taking power. True believer Rep. Matt Gaetz of Florida drew jeers from Democrats when he accused them of far worse behavior than the President.

“Make no mistake, the left in America has incited far more political violence than the right for months. Our cities burned, police stations burned, our businesses were shattered. And they said nothing, or they cheerlead for it, and they fundraised for it, and they allowed it to happen in the greatest country in the world,” Gaetz said. His comparison misrepresented the true scale of demonstrations against racist policing and the horror of a never-before-seen assault on the citadel of US political power.

Ultimately, the future of the Republican Party will rest on whether Gaetz or McConnell turns out to be its more authentic voice. 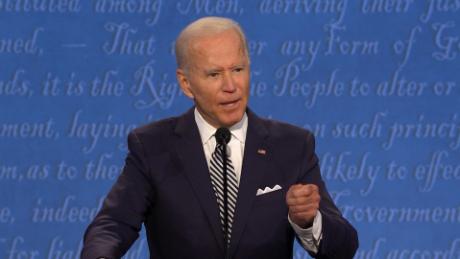 The last thing Biden can have wanted when he takes control of a sickened, internally estranged, economically crushed nation on January 20 at noon is a political imbroglio that could threaten to make the crises worse.

He must now strike a tone of calm and unity while an impeachment trial — historically one of the most divisive varieties of political theater — plays out. The trial means that the poisoned shadow of Trump will darken the early days of his term, which he had hoped to use to promote literal and political national healing.

In a statement issued on Wednesday evening, Biden called the assault on the Capitol “unlike anything we have witnessed in the 244-year history of our nation” but didn’t directly criticize Trump by name and went on to stress the need for the Senate to balance its constitutional duties with working on other urgent business.

“From confirmations to key posts such as Secretaries for Homeland Security, State, Defense, Treasury, and Director of National Intelligence, to getting our vaccine program on track, and to getting our economy going again. Too many of our fellow Americans have suffered for too long over the past year to delay this urgent work,” Biden said.

The President-elect is one of the few Washington regulars who believe there is scope for working across party lines in a bid to forge common progress despite years of increasing partisan bitterness. So he needs Republican buy-in if he is to enact his most ambitious agenda items beyond pandemic-related issues: climate change, health care and infrastructure.

But the heightened political tensions of an impeachment trial may have already dashed those aspirations.

Capitol protests: Security on high alert in Washington, DC, and state capitols amid warnings of unrest

The FBI has warned of indications that armed protests are being planned at all 50 state capitols and the US Capitol in the...
Read more
Top Stories

Capitol protests: Security on high alert in Washington, DC, and state capitols amid warnings of unrest

The FBI has warned of indications that armed protests are being planned at all 50 state capitols and the US Capitol in the...
Read more
Top Stories

The team's AC75 "flying" yacht was damaged in the incident during the Prada Cup race and began taking on water, with American Magic...
Read more
Entertainment & Arts