US Coronavirus: Daily coronavirus deaths near 2,600 — their highest since April — and are expected to get worse

There were 2,597 new deaths reported across the US, bringing the total death toll to 270,642 in a pandemic that has infected more than 13.7 million people, according to data from Johns Hopkins University. The only day to top it was April 15, when six more deaths were recorded.

And as coronavirus hospitalizations continue to rise, the number of deaths is predicted to get even worse.

That would bring the death toll to more than 336,000 by the end of this year.

Two companies are preparing to ship out vaccines against the virus, but the doses will be limited, and the wider population won’t have access to them until 2021. 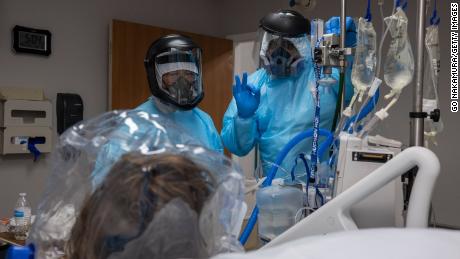 The new high in coronavirus deaths coincides with the highest day in hospitalizations the US has seen since the pandemic started. The COVID Tracking Project recorded 47,531 people in the hospital battling the coronavirus on November 1, and by Tuesday, that number more than doubled to 98,691. Within days, that number could exceed 100,000, the COVID Tracking Project said.

November was marked by those daunting records, with hospitalizations at their highest at least 20 days of the month. With the fallout from the holidays still to come, health experts warn things will likely get worse over the coming weeks.

Maryland hospitals, which have already seen a 51% increase in coronavirus hospitalizations, are preparing for that impact and have until December 8 to submit their detailed strategies to expand bed and staff capacities, including encouraging universities to allow qualified health care students to graduate early and join the workforce, Gov. Larry Hogan said Tuesday.

States push back against climbing records

Tuesday was a record-breaking day for coronavirus devastation in many states, and local leaders are pushing back against the increases with new measures to combat the virus.

Oregon reported its highest number of single day deaths, Texas set its record for single day increases in cases with more than 15,000, and Mississippi had the highest level of hospitalizations so far, state officials said. 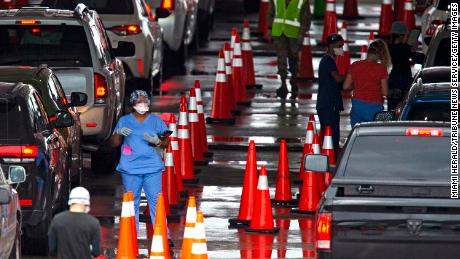 Now, 65% of the counties in Mississippi are under additional restrictions, including mask mandates to combat the increase.

“This is a time when the virus is extremely present,” Gov. Tate Reeves told reporters. “The risk is higher of catching it because of the number of cases that we’re reporting, there is more virus in the communities.”

Kentucky Gov. Andy Beshear called Tuesday the state’s “worst day ever” for the coronavirus by “virtually every measure.”

“It is the deadliest day that we have had,” Beshear said. “If we don’t all do our part, if we try to be the exception, then slowing down this thing won’t work, and we will lose a lot more Kentuckians we love and care about.”

Los Angeles County in California also had its “worst day” yet when it came to cases and hospitalizations, according to a release from County Department of Public Health Director Dr. Barbara Ferrer.

“However, it will likely not remain the worst day of the pandemic in Los Angeles County. That will be tomorrow, and the next day and the next as cases, hospitalizations and deaths increase,” she said.

The county issued a modified stay at home order that went into effect Monday, prohibiting outdoor dining and gathering with people outside a single household.

Nursing homes, which were hit hard early in the pandemic, reported their highest week of new coronavirus cases since the spring, the American Health Care Association and National Center for Assisted Living (AHCA/NCAL) said in a report published Tuesday.

“Our worst fears have come true as COVID runs rampant among the general population, and long-term care facilities are powerless to fully prevent it from entering due to its asymptomatic and pre-symptomatic spread,” said Mark Parkinson, president and CEO of AHCA/NCAL, in a statement. 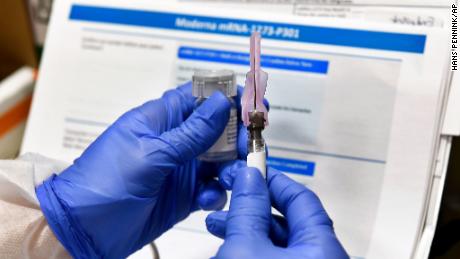 Between mid-September and the week of November 15, there was a 177% rise in new weekly nursing home cases nationwide. The rise in cases has been accompanied by a rise in coronavirus deaths in nursing homes.

Nursing homes in the Midwest were particularly hard hit, with a more than 400% increase in weekly cases since mid-September.

The increase is correlated with the nationwide surge in cases, and health experts say increased spread in the community is a good indicator that cases will surge in nursing homes.

“Given the fact that our elderly population is the most vulnerable and the rising level of COVID across the US shows no signs of stopping, it is paramount that the Centers for Disease Control and Prevention (CDC) provide the highest priority for the vaccine distribution to long-term care residents and staff,” Parkinson said.

A widespread distribution of vaccines may still be months away, but the US is preparing to ship out the first wave of inoculations — and health care workers and long-term care patients are at the top of the list to receive them. 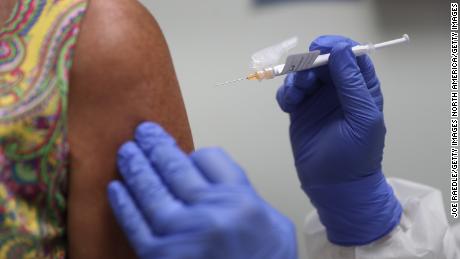 Federal officials expect to have 40 million doses of the coronavirus vaccine available by the end of December, but those doses will not all be available at once, CDC vaccine advisers were told Tuesday.

The CDC’s Dr. Sara Oliver told the Advisory Committee on Immunization Practices that the agency expects between 5 million and 10 million doses to become available each week for the first few months as vaccine makers ramp up manufacturing.

Vaccine candidates from Pfizer and Moderna are awaiting emergency use authorizations (EUA), and their first shipments will go out December 15 and 22, respectively, according to a document from the federal government’s Operation Warp Speed.
An advisory panel to the CDC recommended Tuesday that heath care and long-term care workers get inoculated first as vaccines are rolled out.

Towns made the announcement on his social media, saying he received the test prior to Friday evening's scheduled game against the Memphis Grizzlies,...
Read more

To poll or not to poll? That is still the question

The Cabinet Office, clear that preparations are already well underway, pointed out the government's plans to vaccinate the most vulnerable at pace, as...
Read more
Load more