One case led to 19 other cases — a superspreader event, the US Centers for Disease Control and Prevention said Thursday.

But with no fans in the stands and strict measures requiring the use of masks, social distancing and other measures, the two Major League Baseball teams managed to spend 11 hours on the field together over the course of five games without spreading the virus there, the CDC researchers said.

Social distancing and mask use worked, they said, and team members were safer outdoors than inside.

On July 24, at the delayed start of the 2020 baseball season, the Philadelphia Department of Public Health was notified that someone from the Marlins team had a positive test for Covid-19. “The player was isolated as recommended,” the researchers wrote in the CDC’s weekly report, the MMWR.

During the series and the week after, 19 additional team members on the Marlins tested positive for Covid-19. A staff member on the Phillies also tested positive. Even though the teams played each other, no opposing team players, coaches or umpires became infected. The CDC said interactions outside of on-field play were likely the source of the spread of the disease. 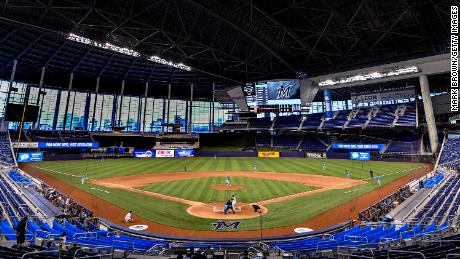 To try to limit outbreaks this year, MLB took precautions, including holding games without fans, and banning high-fives, fist bumps and spitting among players. The enhanced team health and safety protocols reduced the time opposite team members would interact with each other and their interaction was mostly outdoors.

“Though one outbreak might not be representative of all scenarios faced by MLB, by mid October 2020, only 91 of 169,143 samples (0.05%) from 21 different teams returned positive test results,” the research team wrote. “No other Covid-19 outbreaks have spread to opposing MLB team members.”

Social distancing, playing games outside, mask measures, and other MLB health and safety protocols seemed to work, although the measures were “not infallible” and containing the disease with isolation and quarantine is important to limit the spread, the researchers concluded.

The only Phillies team member who got sick had closely interacted indoors with the Marlins, as did the additional Phillies employee who subsequently tested positive.

The researchers noted that players and staff reported coronavirus symptoms an average of 2.3 days after positive test results, highlighting the importance of testing even those who show no symptoms of the virus.

MLB has employed a Covid-19 health monitoring and testing plan for its players and staff.

“Our approach evolved as we learned more about the virus,” an MLB spokesperson told CNN Thursday. “We closed the regular season with 30 straight days without a Major League testing positive, and we have opened the Postseason with 22 days and counting of the same.” The spokesperson noted that no Major League players tested positive for 52 consecutive days through October 21. 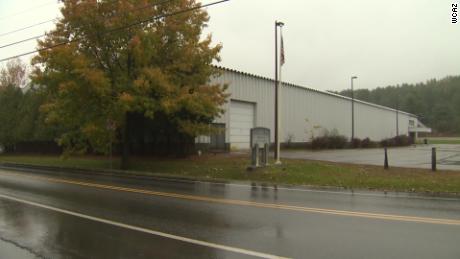 Dr. Ali Khan, former director of CDC’s Office of Public Health Preparedness and Response and now dean of the University of Nebraska’s School of Public Health, is helping advise MLB on Covid-19 risk management and helped write the report on the outbreak.

“You can’t test your way out of this problem,” Khan told CNN Thursday, noting that the MLB and its players were disciplined in practicing mitigation measures both on and off the field.

Still, he noted that players are often only as safe as the communities they are playing in.

It might not be possible for all teams to take the measures MLB used, especially frequent testing and contact tracing, the researchers noted. But non-professional sports can follow other rules to reduce the risk of spread.

“Willingness to adapt play based on knowledge of community transmission, and adherence to community mitigation strategies might allow sporting activities to resume,” the research team concluded.

Wayne Sterling and Eric Levenson contributed to this article.

In Trump and Biden, reality and fantasy collide on Thanksgiving

The solidarity that President-elect Joe Biden called for in a speech on Wednesday feels like a distant dream compared to the state of...
Read more
Load more